Yesterday, “Doctor Bob” (KC3KFX) and myself had an opportunity to investigate our recently leased tower. The short summary is that it’s right in the middle of expectations. It’s not as good as I had hoped, but better than I feared. The 7x7 metal building itself is in good shape, it seems solid and the roof has no apparent leaks. Inside the metal building is a 2x4 framed wall with 1" rigid foam sheathing, and a plywood floor with what looks like vinyl tiles.

It appears when a cable was removed, the 1.5" hole was not sealed allowing water to get in. Three of the 2x4s close to the hole have rotted, and the plywood floor also has water damage. It sits on solid metal framing with insulation in-between, but if we use the site, we’ll want to replace the wall 2x4s and put some new plywood down.

Climate control: The building has an intake vent (currently sealed off) on the front wall about 6’ up. There is an exhaust fan/vent on the rear wall at floor level. With no electricity, unknown if the fan will operate. We may be able to test that in a future excursion with a generator. There is also thermostat controlled space heater of unknown vintage.

Electrical: There is an 8-breaker sub-panel in the building and a 100-amp disconnect outside on the pole. If we restore electricity, I’d recommend replacing both with a single indoor main panel box. Alternatively, you could do an outdoor panel box to a set of plugs. Either would be about the same price ($50 for a panel box and another $40 or so for breakers).

Tower: I am not a tower inspector, but we went looking for the issues mentioned by Shane Imler. On the one leg, two of the cross braces had a rust/split (see picture), which is in line with what he had said, and repairable with a bit of welding. We climbed up about 10 feet and nothing fell down or broke off. We’ll need Shane to give us a more complete and updated assessment.

I’ll send a few more pictures in the next message. 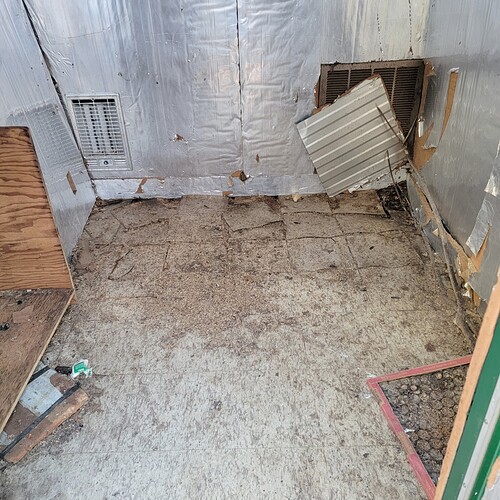 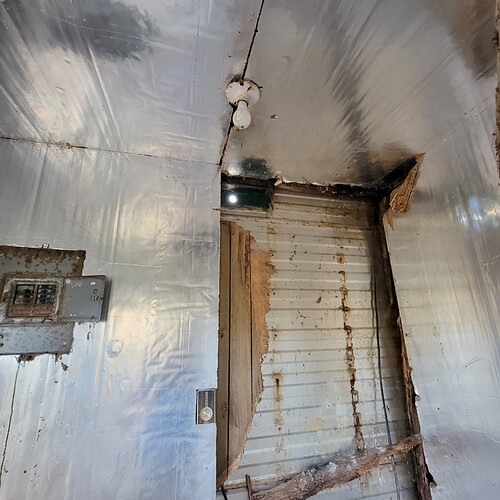 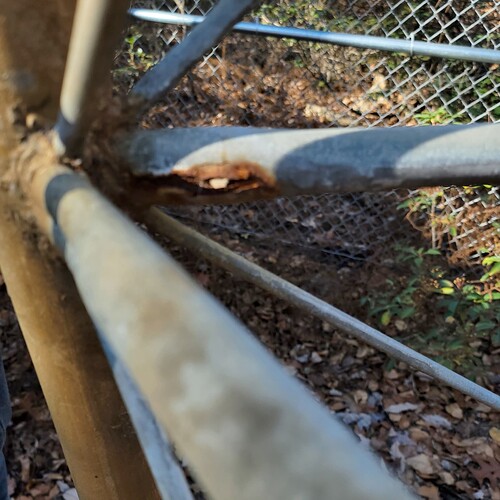 Here’s the roof of the building, a close upwards show, and a far off shot of the tower 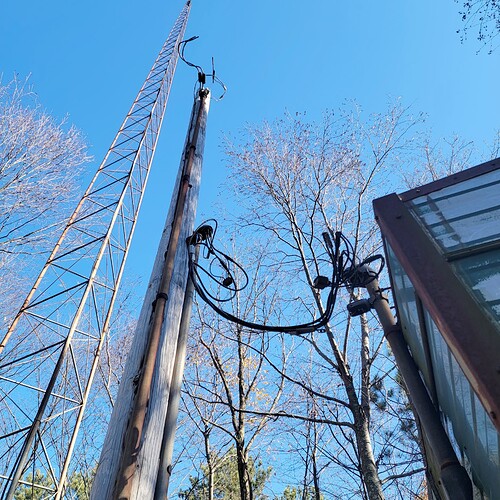 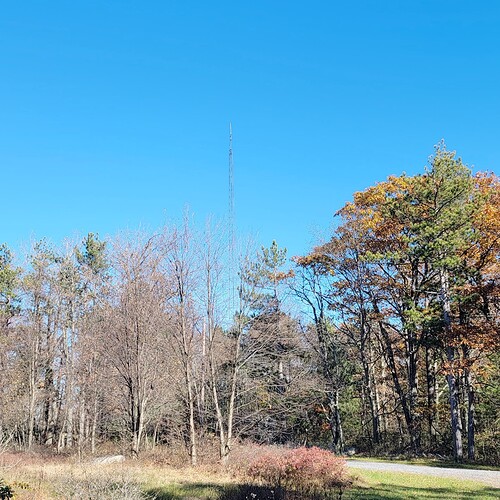 I see the rust hole. What is all that goop at the brace junction? Just testing this site. I hope today went well at Martin Hill.